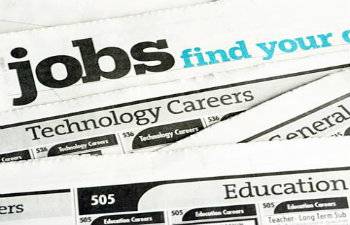 Vedanta Resources, the metals and mining conglomerate which has a sizeable presence in India in the oil and gas, aluminium, iron ore and zinc sectors, has slashed nearly 4,000 direct and indirect jobs in the country since January.

The lay-offs have taken place at the mining giant’s Indian arms Vedanta Aluminium, Balco, Cairn India and Sesa Goa, the iron ore business in Goa. Out of the approximate 4,000 jobs lost, about 2,700 are direct and the rest are indirect. Balco accounts for 1,000 job cuts and Vedanta Aluminium for around 2,000, while Sesa Goa as well as Cairn India have already slashed up to 450 jobs each, till now.

While Vedanta Aluminium, Balco and Cairn India have confirmed the job cuts, sources said Sesa Goa too had slashed jobs. Earlier this month, Balco, a part of NRI billionaire Anil Agarwal-led Vedanta Ltd, announced that it has started the process of shutting down its rolling mill in Korba (Chhattisgarh). The closing down of the rolling division, which is part of a restructuring exercise by Balco will result in loss of around 1,000 direct and indirect jobs, it had said. Vedanta Ltd, earlier Sesa Sterlite, holds a 51 per cent stake in Bharat Aluminium Company (Balco), while the remaining is held by the government.

In September itself, multiple sources said that Vedanta has initiated a major cost cutting drive at its iron ore business in Goa (Sesa Goa) amid subdued market sentiment and depressed prices of the commodity in global markets. The cost cutting drive includes slashing up to 450 jobs through Voluntary Retirement Scheme (VRS) and identifying buyers to liquidate non-productive land and other properties.

Though around 400-450 jobs have been cut, which includes close to 100-120 permanent positions, sources said there could be more job cuts in the pipeline. In August, Vedanta Aluminium chief executive Abhijit Pati said that the firm has started closure of one of the production streams which will lead to the Lanjigarh facility’s output declining by half.

On being asked about the impact of the shutdown on jobs, Mr Pati had said it “will impact about 2,000 jobs, both direct and indirect”. Since February this year, Cairn India has sacked around 450 employees to maintain its top and bottom line as it feels the pinch from a fall in global crude prices.