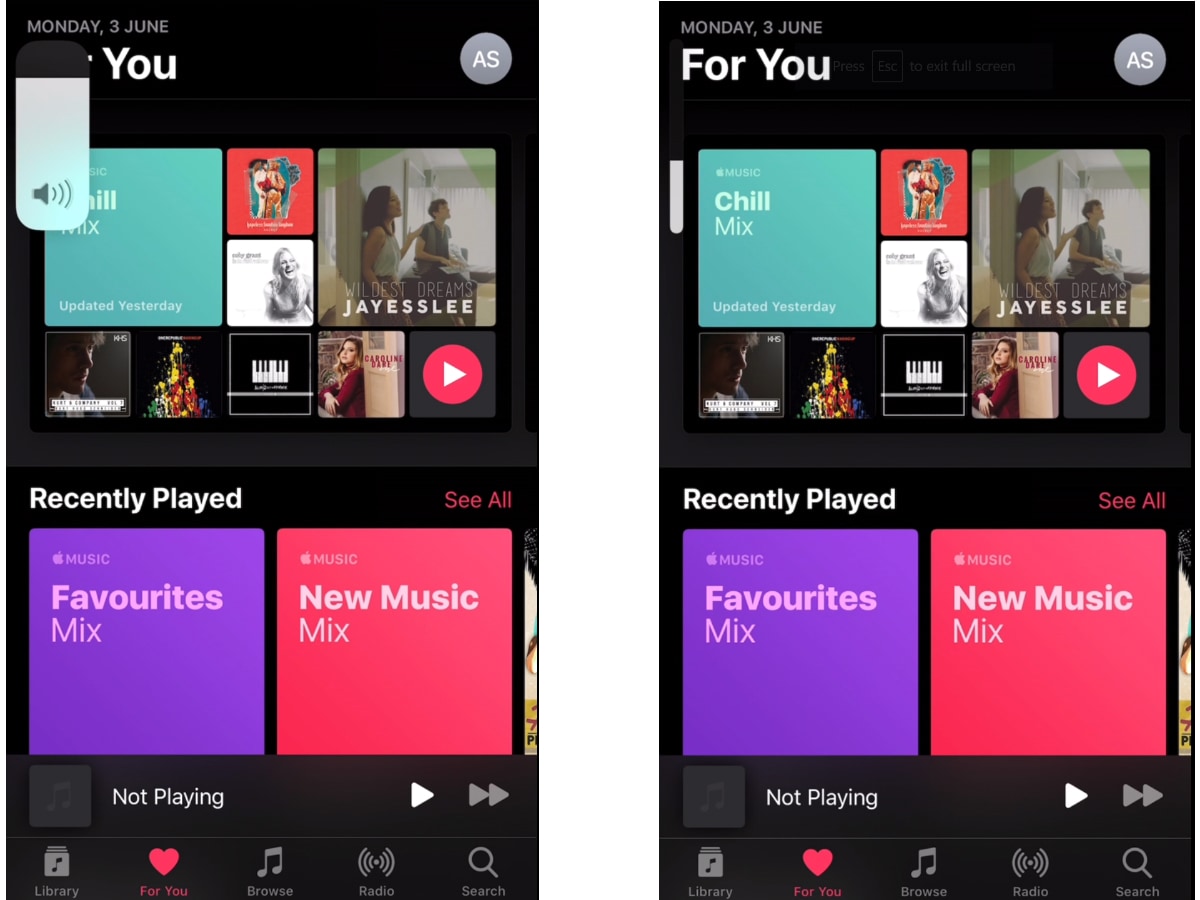 Apple on Monday unveiled iOS 13 with a bunch new features. But one of the features that the Cupertino giant didn’t showcase at its WWDC 2019 keynote is the addition of a redesigned volume HUD. The new arrival fixes the annoying volume indicator that puts a large overlay in the middle of the screen, blocking whatever you are watching. Unlike the existing volume control, the redesigned volume HUD appears in the upper-left corner, similar to what some third-party apps had done on iOS as a workaround. The volume level indicator in iOS 13 emerges as a big slider at the side of the screen once the volume button is pressed, but with subsequent presses, the slider shrinks down to a thin line. The new experience in iOS 13 works in both portrait and landscape views on the iPhone, and is also a part of new iPadOS.

As a list of early iOS 13 beta testers have noted on Reddit, the redesigned volume HUD is a part of the new iOS platform. Apple on its website also mentions that the redesigned control appears in the upper-left corner of the screen. This helps avoid interference with your content.

The existing volume control occupies a large square space in the middle of the screen. However, its redesigned version is primarily designed to enhance the user experience by providing the volume slider on the upper-left corner. As we mentioned earlier, the new control initially appears as a big slider but once you press the volume button or touch the screen to increase or decrease the volume level, it even shrinks down to a thin line.

Apart from being at the left side of the screen in the portrait mode, the redesigned volume control in iOS 13 moves to the middle of the screen (still at the top) once the device is switched to the landscape position.

Importantly, the updated volume control has been long awaited on iOS as Apple has been providing the same obtrusive experience for quite some time.

Alongside the redesigned volume HUD, Apple has added mouse support to iOS 13 and the new iPadOS. The feature comes as an AssistiveTouch feature and allows users to finally add a USB mouse to their iPhone and iPad devices.

Here’s a list of the top new features iOS 13 brings: