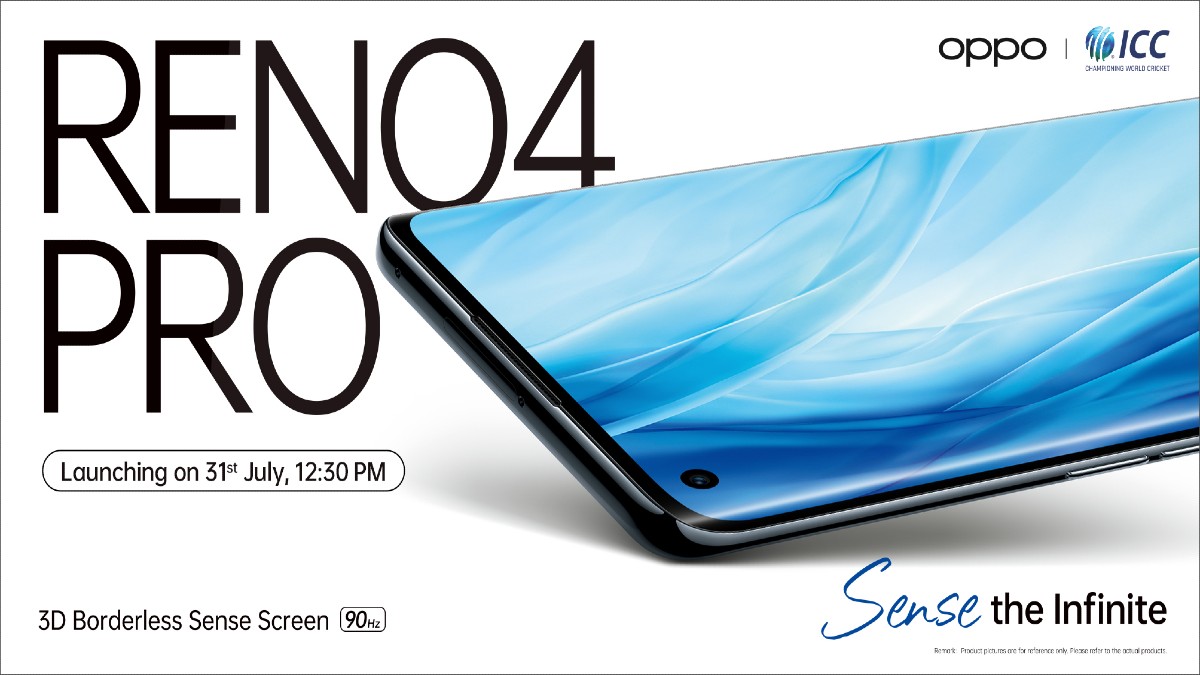 Oppo Reno 4 Pro launch date in India has been announced as July 31, 12:30pm, the company revealed on Monday. The smartphone was first unveiled along with the Oppo Reno 4 in China in June. Oppo had said that the Oppo Reno 4 models would launch in the country with localised features and more details is expected from the Chinese tech company in the coming days. However, it is also unclear whether the vanilla Oppo Reno 4 will launch along with its Pro variant on July 31. Meanwhile, a notable tipster has suggested that the Oppo Watch will likely arrive in India on the same day.

Oppo tweeted that the Oppo Reno 4 Pro will come with a 6.5-inch display with 90Hz refresh rate and “3D borderless sense screen.” The display offers a near bezel-less experience with its 92.01 percent screen-to-body ratio. The company is yet to disclose its other features including the localised ones for the India market.

The Oppo Reno 4 Pro that was launched in China comes with a triple camera setup at the back with a 48-megapixel primary camera, a 12-megapixel ultra-wide camera, and a 13-megapixel telephoto camera. There is also a laser detection autofocus lens as well on board.

The phone has 4,000mAh battery with 65W SuperVOOC 2.0 fast charging support. Other features on the Oppo Reno 4 Pro’s include an in-display fingerprint sensor, 5G, 32-megapixel selfie camera, Bluetooth, and Wi-Fi. The phone is powered by Snapdragon 765G SoC, paired with up to 12GB of RAM and up to 256GB of storage.

The Oppo Reno 4 Pro will be available to purchase via Flipkart. Oppo is yet to announce its pricing and availability details.

Meanwhile, notable tipster Ishan Agarwal has hinted that the Oppo Watch would likely launch in India on July 31. However, the company is yet to confirm this development. The Oppo Watch was first unveiled back in March in China along with the Oppo Find X2 models.